As the days pass and I get older, I often look back at all the events of my life.  Some bring joy, while others bring sadness.  David Connerley Nahm’s novel, Ancient Oceans of Central Kentucky, deals with a character haunted by the past.

The novel follows Leah Shepherd, who works as a director of a nonprofit organization in the small town of Crow Station, Kentucky.  She works with women and children struggling with poverty. All the while,Leah, too, is struggling with poverty due to a lawsuit from an elderly neighbor’s family and her inclusion as a beneficiary.

The novel is told in flashbacks, bouncing between the present, the future,and the past.  Many of the flashbacks deal with her younger brother, Jacob.  They highlight the arguments the two had as children and the guilt childhood Leah feels when she is mean or lies to her brother, as she immediately comforts him in the aftermath of these moments.

One day, Jacob goes missing.  Leah watches her parents struggle to deal with the absence of their son.  She feels guilty for all the times she treated him poorly.  Some of the other children from the neighborhood find a pair of clothes stained with blood, the same outfit Jacob wore the day he went missing.  Jacob is declared dead.  Although terrible events have occurred to Leah, the other school children continue to torment her, sometimes about her dead brother.

Nahm creates a feeling of torment and pleasure through flashbacks, and his descriptions paint a vivid picture of Leah’s world. The details create a dreamlike feeling when read, similar to the feeling the Shepherd family is having since Jacob’s disappearance.

The vivid descriptions make this tale haunt the reader, the way Leah is haunted by her memories of Jacob.  “She thought of the muffled songs of the cars that would pass outside of the windows of the bedroom she shared with her brother Jacob when they were children,” writes Nahm.  “The cars cresting the hill, headlights filling the bedroom for a moment with racing trapezoids of white and those brief harmonies as the cars Doppler past and then silence again and dark.”

Nahm’s novel is one you carry with you after you’ve finished it. 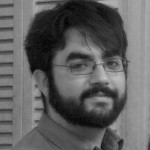 Andrew Mark graduated in May 2015 with his MFA in Creative Writing from Arcadia University. He earned his B.A. in Professional Writing from Kutztown University. Andrew works as a journalist for the Lehigh Valley Press and lives in Whitehall, Pennsylvania. He enjoys fishing and playing guitar. 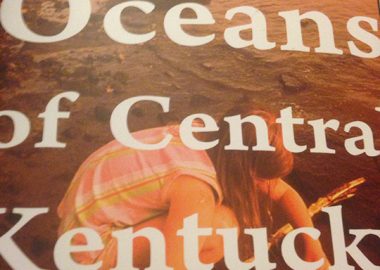