Are Writers Just a Bunch of Liars?

It’s a well-known fact that writers, much like actors, are a bunch of damn dirty liars. Pretty good ones too when they hit the mark. So, it would make sense that some of the best liars are products of some of the best works of literature. Nick Lake, author of There Will Be Lies (Bloomsbury, 2015), gives us a run-down of his top 10, (ahem, 11) liars in fiction in this article over at The Guardian. From Satan to Gatsby, Mr. Darcy to all of the myths, he covers a lot of ground while making strong points for each of his selections. Unless, he is just lying to us. Check out his list and tell us what you think in the comments. Are writers really the best liars?

Daniel DiFranco is from Philadelphia. He graduated from Arcadia University with an MFA in Creative Writing. He blogs for Geekadelphia, and his fiction can be found in The Molotov Cocktail, Philadelphia Stories, Crack The Spine, and Wyvern Lit. Wanderlust bit him at an early age and he learned the hard way that there is no peanut butter in Europe. He can be found at danieldifranco.net and @danieldifranco. 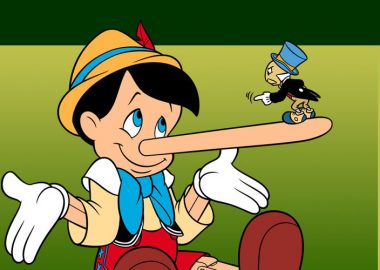