The continuing success of the superhero genre seems absolute. Movies and television shows based on the exploits of caped crime-fighters have taken much of the spotlight around the world with record-breaking weekend releases and television ratings. When watching movies like The Avengers and shows like Gotham or Netflick’s Daredevil, it easy to forget where these stories originated and what brought desperatewriters and artists living on the brink of the Second World War to create some of the first superheroes.

The Amazing Adventures of Kavalier and Clay by Michael Chabon explores that world of early comic-book writing. Hitler’s shadow stretches far and wide, looming over two Jewish boys who find a way of making money through comic books. The story switches perspectives between its two protagonists, Joe Kavalier and his cousin, Sam Clay. Kavalier comes across as a larger than life individual who escaped from Prague as the Nazis took over and has an array of talents that include drawing, natural athleticism, and being a trained escape artist. Clay plays the role of the opportunistic everyman who was born in Brooklyn and finds a chance for fame and fortune when he sees what his cousin can do with a pen and a sketchpad. The story uses superhero stories as a vehicle through the narrative, but the great majority of the novel focuses on the events surrounding the era and how they affect the main characters. In their misadventures, Kavalier and Clay deal with the Depression, the rise of fascism, homosexuality, the experience of Judaism in America, war-time jobs, and even the dangers of occultism.

Perhaps my biggest criticism of the work extends from just how many themes and issues Kavalier and Clay get involved with during the course of the novel. Most of the time, Michael Chabon is able to weave the issues neatly with the experience of being lowly comic-book writers in the Big City. How he handles Judaism in the work is natural and also accurate to many of the struggles that Kavalier and Clay’s real-world inspirations, Jerry Siegel and Joe Shuster, faced when creating Superman. Other issues such as golems and the unfair treatment of homosexuals either seem to be explored only when convenient to the ending and are otherwise lightly touched on to simply remind the reader that they exist. This can make some sections seem disjointed with earlier material.

Though Chabon’s work might feel bloated at times, the greatest feat he accomplishes with The Amazing Adventures of Kavalier and Clay is its sense of authenticity. The writing style is descriptive, which fits well with the time period, giving a sort of radio-narrative over events that makes it easy to get lost among the streets and alleys of a by-gone New York. The work feels so real and well-presented that there were times that I had to remind myself that Kavalier and Clay were only fictional characters. Overall, Michael Chabon’s presentation and narrative style triumphs and makes for an entertaining and enjoyable reading experience. 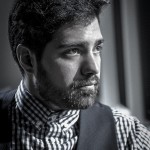 Kenny Charriez currently lives in Denver, Colorado where he writes fantasy and science fiction. He received his undergraduate degrees from Case Western Reserve University. He grew up in Cincinnati, Ohio but his love for popular culture and tabletop games has followed him wherever he goes. He will be graduating from Arcadia University’s MFA program later in May 2015. You can follow him via twitter @KennyCheerios.