Putting Twee in Poetry: The Girls of Peculiar Combats Kitsch with Kitsch

Though the Oscar-nominated Boyhood began its filming in 2002, the story of girlhood came to fruition an entire year earlier in Catherine Pierce’s 2013 poetry collection, The Girls of Peculiar. Girlhood is complicated; it isn’t linear, it isn’t grounded in any reality, and when it says one thing, it is trying to open your eyes to another. Peculiar, a place of escapism and time-jumping, is a Neverland of sorts where you can stay sixteen forever, and sixteen is unbearable, but as Pierce often asserts, it’s the only place you’d ever want to be.

The opening, “Poem to the Girls We Were,” repeats the imperative “Give us back…” throughout a single, enjambed stanza. The speaker wants the guilt, the rumors, and the fear of being young. The final lines read:

is a century away, and you know

your legs are transcendent, you know,

as we did, how to tug each grief-gilded

string to make the world dance any way

It is here that I could feel the spidery-voices of my literary heroines past; Esther Greenwood and Daisy Buchanan hang out in the white spaces of these poems, populating

them with the kind of insecurity and neuroticism we look back to with a disturbed fondness. As Part 1 of the collection progresses, Pierce brings her readers back to the purposefully simplistic aspects of her own girlhood. We experience the cliques of junior high ( “The Delinquent Girls,” “The Quiet Girls,” “The Geek Girls,” and “The Drama Girls”) and she makes us realize that we have been all of them at once.

In her poem “Dear Atom Bomb,” the twee is evident as the speaker muses on her “high school obsession” by using docile language to describe the destruction of the bomb: “you puffed men like microwaved marshmallows, / raked blood from their insides, and always I could feel / your heat like a massive cloak around my shoulders.” Pierce is writing right up my alley, and I’m sure the alley of others, regardless of gender. Her verse depicts the strangeness of youth, and the constant desire to romanticize youth’s bloodshed. In Marc Spitz’s recently published Twee: The Gentle Revolution in Music, Books, Television, Fashion, and Film, he aptly states “Twees don’t like their writers happy. It won’t do.”[1] Pierce’s verse is aware of this phenomenon, but she inverts it by exemplifying a speaker who is happy to be unhappy.

The collection propelled me through, poem after poem, until I felt the speaker’s voice and my own thoughts becoming one. In poems like “The Child Has Read Everything” and “Because I’ll Never Swim in Every Ocean” Pierce describes the neurotic impotence of life’s limitations in the latter, and the escapist’s antidote to this predicament in the former. She is also aware, in a very Gurlesque sense, that these issues of femininity are typical and even kitschy. In “A Short Biography of the American People by City,” the following lines particularly resonated with me:

in Boring long for the girls of Peculiar – they’ve heard

tales of leather and feathers, of lipstick the color

of tin cans and long hair the shade of the sky.

In these poems, Pierce is aware of the way femininity and girlhood are perceived, and she is careful to balance these perceptions with the truth of what it is to be a “girl,” which is the awareness that that truth cannot be contained within a book.

Catherine Pierce received her M.F.A. from the Ohio State University, and her Ph.D. from the University of Missouri. She is the author of three books of poetry and winner of the Mississippi Institute of Arts and Letters Poetry Prize. Visit her website: http://www.catherinepierce.wordpress.com

Kailey Tedesco is currently enrolled in Arcadia University’s MFA in Poetry program. She edits for the Lehigh Valley Vanguard and Marathon Literary Review, while also teaching eighth grade English. She is a former resident poet of the aforementioned LVV, and her work has been featured in FLAPPERHOUSE and Jersey Devil Press. 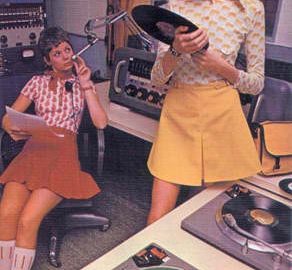 Previous: Elise Brand on Jane Hirschfield, Compassion, and the “Window Moment” in Poems
Next: Kenny Charriez Explores the Origin of Superheroes and Chabon’s Kavalier and Clay