Matt Bell’s latest work, A Tree or a Person or a Wall: Stories, collects his earlier short story collection How They Were Found, his novella Cataclysm Baby, and several new short stories.  It can be argued that his second novel Scrapper helped to fuel this most recent compilation’s release.  In our Media Rewound this week, we Matt Bell reads from his acclaimed second novel, as part of the 30th anniversary of the Creative Writing Program in the Department of English at Arizona State University in December of 2015. 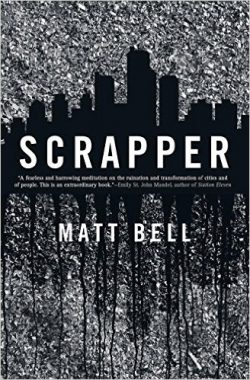