Replies: A Conversation with Leesa Cross-Smith

Leesa Cross-Smith is the model literary citizen. As the co-founder and editor of the literary journal WhiskeyPaper, she is constantly promoting and praising other writers’ work and boosting other literary magazines.  I found her through WhiskeyPaper, and was delighted to discover that she had a collection of short stories called Every Kiss a War. I had extremely high hopes for this book, especially after reading the blurbs by Roxane Gay and Kathy Fish, and it surpassed all of my expectations. Each story was filled with rich texture and powerful emotions, and I was sorely sad to turn the last page.

I talked to Leesa a bit about WhiskeyPaper, Every Kiss a War, and her upcoming debut novel, Whiskey & Ribbons. Here’s what she had to say:

Maddie Anthes: Your first book, Every Kiss a War, is stunning. I was particularly struck by how much the setting soaked into the stories, and how it textured the characters. What is your relationship with the Midwest, and how did you go about infusing it into your stories?

Leesa Cross-Smith: First I’d like to say thanks so much for yr kindness and for reading! Kentucky can be a tricky state because some consider it Midwesternish and some consider it the South or the gateway to the South. I’m far more Southern than I am Midwestern! But I definitely feel like those from the Midwest can perhaps see themselves in some of my stories. I feel like the heart of Every Kiss a War is Southern and that’s something that happens naturally because that’s where my heart is. My family is from Kentucky and Alabama. I was born and raised in Kentucky. The South is where I truly feel at home. So even something like in the first story in the collection called “Skee Ball, Indiana”…one of the characters’ names is Deladis which has its roots in the Appalachian Mountains…that’s an easy way to infuse place into a story for me. To give a character a distinct name like that…I’m in no way trying to call extra attention to it…but just a wink, maybe. I feel super-Southern all the time though, especially when I leave the South, so infusing my stories with place feels natural and normal to me…almost like something I can’t help but to do.

MA: How funny that I read the book as Midwestern, when looking back on it, your writing has such obvious Southern influences. I think I projected my own Midwestern perspective into your stories, which makes sense with how you described Kentucky. How would you characterize the Southern influences that were infused in your story? In other words, what makes a story distinctly “Southern” to you?

LCS: That’s awesome that it felt Midwestern to you! Srsly I love that and thank you for telling me that! I believe there’s a certain slowness to Southern writing that may be hard for me to put into words. This idea that the story doesn’t need to be rushed or pretentious or over-the-top action packed. Also, since so much of publishing/writing is NYC based…I am extra-drawn to stories set in the South, writers from the South, publishers from the South. It’s a big, beautiful country and there are lots of stories!

Anyone from or who has spent a lot of time in the South will probably agree w/me re: a certain relaxedness that occurs in some places down here. I’m sure some ppl will disagree and that’s all good! But down here on Sundays, you will still see so many ppl dressed in their church clothes on Sunday afternoon and front-porch sitting is still a thing and in the smaller cities…not so much super-fast driving and horn-honking and this feeling that we have to get wherever we’re going as fast as possible. There are huge cities in the South just like there are in the Midwest and West and East coasts…but there’s something distinctly different for me about Southern living and I like to feel that and put that in my stories. I’m not particularly interested in the South written in a grotesque or stereotypical way…but just as another piece of the American puzzle. So even something as simple as mentioning Southern foods or our beaches down here or having black and white people living together easily, loving together, worshiping together, working together, breaking bread together simply bc we all live down here together…those things feel Southern. A steamy summer night waiting for the lightning bugs to come out, driving South to the beach for vacation, country boys and ppl saying y’all, etc…it can all be cliché if written about in a cliché way but also…those are my favorite things. The best things about a country song. Southern accents, in general, are my favorite. So comforting to me. All of these things feel like home and I like coming home.

MA:  Which is your favorite story in  Every Kiss a War?  Why does it mean so much to you?

LCS: This is hard to answer! But I can easily say that the three stories (“What The Fireworks Are For” and “Hold On, Hold On” and “Cheap Beer & Sparklers”) centered around a woman named Violet and her relationship w/her husband and her lover are my favorite, as well as “Whiskey & Ribbons.” The Violet stories mean a lot to me because I allowed Violet to be unapologetically brazen and wild…without ever making excuses for her or her actions. They also mean a lot to me because the novel I’ve written centered around her was the novel that scored me my literary agent. “Whiskey & Ribbons” means so much to me because I’ve been close to the heart of that story for over a decade and I believe it (along with “Hold On, Hold On”) to be exemplary of my work. And it was the first piece I ever had published that I didn’t get very much feedback on before submitting it. It was the first story that I edited on my own, without wondering what someone else thought about it, simply writing the story I wanted to write.

MA:  I’m so in love with the way you use language and imagery to evoke emotion. For example, “The names, rolling languages that feel good in my mouth. Sweet sounds, hard and bright like frozen blueberries against the inside of my cheeks, glassing across my teeth, hissing warm on my tongue.” Can you tell me about your writing process, and how you develop such beautiful phrasing?

LCS: Thank you Maddie! I appreciate it so much! Re: my writing process, I spend a lot of time thinking about these things. A lot. I write down little phrases all the time…words I love…sounds I want to recreate. I keep a running list on my laptop, on my phone…I’m always on the lookout, always listening. I wrestle with phrasing a lot and try my best to craft beautiful sentences…without losing meaning. I never want to overwrite! Sometimes I’ll print out a phrase or some words and tack them to my bedroom wall…circle them for days, weeks, months even. I underline the language I love whenever I read it in a book and I go back to those books and inspect the language around it…think about what the author was trying to do. But most importantly, I allow myself the space and quiet to think…to put in the work. I also read the dictionary, look up words I think I already know the meaning to. I love words. I spend a lot of time thinking about words and specifics and creating moments in my head.

MA:  In addition to writing, you also run the literary magazine  WhiskeyPaper. Why did you decide to start a journal, and what has it taught you about writing?

LCS: I decided to start a journal because I think I have good taste! Honestly…that’s about it. I stand by that! I also wanted to dig deeper into the lit community…to contribute…to get under the hood and see how things worked. What it’s taught me most about writing is that there are a LOT of writers out here, hustling just the same as I am. I’ve made a lot of awesome connections and met a lot of really rad people through WhiskeyPaper. I’m proud of WhiskeyPaper. It’s also weirdly taught me that the vortex (that’s what I call it!) is real…and what I mean is that some days we’ll get five submissions about trains and another day we’ll get seven about hospitals or some other connected thing. There’s communal energy swirling around out there, always…we’re all just little creatures who pick up each other’s vibes.

MA:  What advice do you have for writers hoping to submit to  WhiskeyPaper?  What makes a strong story, in your opinion?

LCS: Write like yourself! Don’t try to write like someone else! Also, be kind, always when submitting/talking to editors because it truly does go a long way. And as much as you can, avoid clichés. When submissions are open I read a lot of stories…as they roll in…a lot and the clichés catch my eye almost immediately because I see them over and over again. What makes a strong story is heart, in my opinion. I have to feel like the writer cares about their story. Not publication…but cares about their story. It shows. And I can tell when someone has put in the care and time when it comes to language. And this is tough to say and for some writers to hear perhaps, but there is always of course the simple discussion of natural talent or writers who seem to have natural talent. There are writers who make writing look effortless…although we all know that’s some of the hardest writing to pull off. But sometimes I’ll get a submission from someone and I can easily say they’re just a natural talent. I’m not entirely sure what can be taught or helped re: advice when it comes to that part of it.

MA:  What can you tell us about your upcoming book, Whiskey & Ribbons?  How is it related to the story by the same name in Every Kiss a War?

LCS: My debut novel Whiskey & Ribbons expands on the short story “Whiskey & Ribbons.” “Whiskey & Ribbons” is told from the widow Evangeline’s point of view and my novel is told from three alternating points of view. Evangeline. Her police officer husband Eamon before he is killed in the line of duty and Eamon’s adopted brother Dalton who has recently moved in with Evangeline to help her raise the son she was pregnant with when Eamon was killed. The novel is their three stories woven together. Evi and Dalton are in present-day, snowed in together while Evi’s son Noah is with her parents. And Eamon and Dalton are shown in the past, before Eamon is killed, back when Eamon and Evi met for the first time and the first years of their marriage. It also follows Dalton as he searches for the biological father he’s never known. So the reader gets to know all three characters intimately…to share that space with them…the anxiety and grief and loss and also the hope that is present in the heart of healing…however slow or impossible it feels.

You can also purchase her story collection Every Kiss a War here. 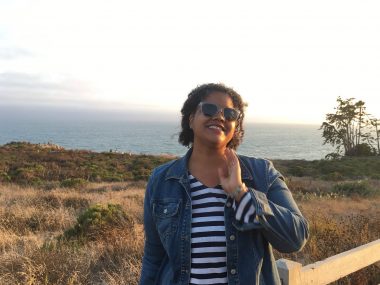