The third in the Shades of London series, Maureen Johnson’s The Shadow Cabinet was listed on Epic Reads’ “The 15 Most Anticipated YA Books Publishing in February 2015.” If you’ve read the series up until now and recall the cliffhanger at the end of The Madness Underneath, you know why. If not, get on that. It’s worth the read.

Louisiana teen Rory Deveaux has had the semester from hell. In The Name of the Star, she moved to a London boarding school and developed the ability to see ghosts and ended up with a Jack the Ripper ghost out to kill her. The Madness Underneath followed Rory’s recovery from dear ol’ Jack and explored deeper into the world of ghosts and the London police force that tried to deal with them, ending on a cliffhanger so epic that The Shadow Cabinet has to pick up on the very same scene.

Rory and her friends, with little direction or help, have to pick up the pieces of their police force; discover why a cult of mass-murdering, ghost-seeing lunatics has kidnapped one of Rory’s classmates; find out if one of their own successfully came back as a ghost; and save London and the world from being overrun by escaped ghosts. Unknown to anyone, unfortunate events in The Name of the Star have made Rory the key to unraveling not just these mysteries but also the Eleusinian Mysteries dating all the way back to the ancient Greeks.

With each book in the series, Johnson has steadily widened her scope and shortened her time frame, taking on progressively larger settings and higher stakes, and diving deeper into the history of her world. We’re no longer spending a few months at Rory’s school and hoping one or two people don’t die. Over just a handful of days,The Shadow Cabinet travels all over England to battle destruction and defeat death. No, literally—trying to defeat death.

With on-the-nose description such as, “He had the air of someone expecting to be told at any moment that he had royal blood and was in line for some minor crown in a far-off but green land,” character voices so strong you’ll think these characters had to be sitting around Johnson as she wrote, and plot twists that will leave you gaping at your book, The Shadow Cabinet offers an adventure that will have you questioning the world around you, especially the line between life and death. 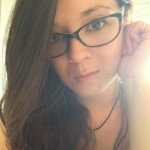 Laura Chinn is a graduate of Arcadia University’s M.F.A. Program in Fiction. She is an aspiring Young Adult Fantasy novelist and an avid crafter. She hopes to share her passion for English and the written word through both writing and teaching. 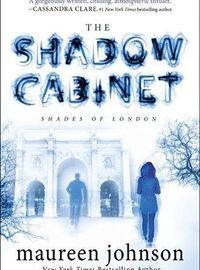