I picked up Laline Paull’s The Bees wondering how on earth a novel about insects would work.  I’d heard the book compared to The Handmaid’s Tale, which further drew my curiosity. How could a book about bees be compared to one of my favorite books of all time?

The Bees follows Flora, a sanitation bee who is born able to speak, a gift that makes her unique amongst sanitation bees. She soon finds herself navigating the exclusive and treacherous hive, working in different areas and foraging for food outside the hive.

The sisters in the hive all follow the same rules: “Accept, Obey, Serve.” They adore the Queen above all, observing the law that “Only the Queen may Breed.” Each day, they are comforted by the Queen’s Love, a hypnotic, calming Devotion that is pumped through the hive. They are told what to do through the Hive Mind, a powerful force that guides them internally. But as much as Flora wants to drink in the Queen’s love and be blissfully one-minded, she can’t help but be more self-aware than her sisters, challenging the very structure that holds the hive together.

Flora gets herself out of several dangerous situations, one of which—her escape from a cell phone tower—contains one of my favorite descriptions in the book. The tower is described as a “massive conifer” with a “dismal emanation transmitted from its core, like a prayer mumbled backward” that had “no smell and its energy was neither living nor dead.” She proves to be a scrappy and resourceful bee who, all the while, hides a shameful secret that could put her own life at risk.

What I found most interesting about this book was its foundation in nature. I learned of an entire world I never knew about, including the Queen’s mating rituals and how bees dance to pass along information (I thought that was made up in that Cheerios commercial with Usher). I found myself going online after reading particularly gruesome or hard to believe sections, only to find out that the bees’ lives and habits are mostly based on fact.

But The Bees isn’t a Discovery Channel show, it’s a novel. The characters are rich and strong, and I found myself rooting for creatures that I usually swat at.  The story carried me from the story’s opening at Flora’s birth, through the seasons, and all the way until its spring conclusion.  I found that at the end,while the book had no human protagonists, I had learned about both humans and nature.

By the end, I knew why it was compared to The Handmaid’s Tale—they’re both about resilience and going against the repression of a caste society. The societies in each book are obsessed with motherhood, and each book explores what it means to be a mother. The Bees, in a very human way, examines the maternal pull and gender divisions in a society very different from our own.

Reading this book is truly an experience. The story is gripping, but the language is also beautiful and compelling, making it one to be savored, not devoured.  Drink this book in like nectar and enjoy it while it lasts.

Maddie Anthes got her MA in English from Arcadia University, where she will also be earning her MFA in Creative Writing (fiction) in May 2015. Her writing has appeared in several publications, including Inwood Indiana, Jersey Devil Press, and Whisperings Magazine. She is originally from Cleveland, Ohio and is drawn to writing centered around the Midwest, often setting her own fiction in Ohio and Indiana. She lives in New Jersey with her husband and two dachshunds and enjoys reading, eating foods with melted cheese, and Tudor history. She can be found at madelineanthes.com and @maddieanthes. 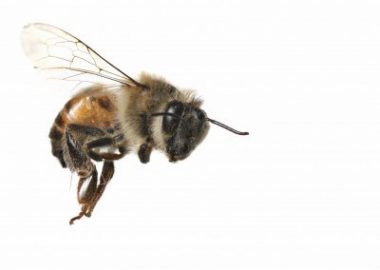