As a young teen in the 90’s, I began seeking out music while major record labels sought the “New Nirvana.” The byproduct of this was a mass of bands, most one-hit-wonders, being signed and then made to dominate the airwaves. I think this is what made me an “album-guy,” that lack of cohesion and purpose in all those cd’s I bought as a kid. I expected the songs to work together and to make something, but most were just filler. The title track was often the hit, and the rest were there to serve as reminders of how much better that title track was.

So one could imagine my trepidation when rolling back the cover to Mr. Sexton’s collection and finding the title track there, smiling back at me as the first story. Luckily the smile was missing some teeth and the story left me wanting to see what the other guys must look like.

The Hook and the Haymaker is a short-story collection that seems to be as aptly titled in regard to subject matter as it is to Sexton’s style. The collection is peppered with numerous references to fighting, as well as those other elements of mans’ vice that can knock us out, while his writing is made up of those short jabs that set one up for the hook or haymaker he has waiting for the reader.

Sexton, an Assistant Professor of Creative Writing at Georgia Southern University, has a previous short-story collection, as well as a crime novel under his belt. He also acts as the political correspondent for Georgia Southern University and seems to possess a strong interest in human folly and suffering. “Giving it to us straight” is something Sexton appears to feel not only comfortable, but perhaps most able to do. Many reviews use the words “raw” and “gritty” to describe his work, and with that I’d have to agree. It seems this predilection is also used purposefully for this particular collection, given its title and recurring themes.

The collection is structured in a way that is both meaningful and thematic. The first ten or fifteen stories bring the reader into a world of men trying to be manly. They cause problems, and subsequently try to fix them with brute force, sheer will, and booze. Reading on, one encounters stories that try to reconcile lives driven solely by desire, and reacting to the consequences therein. There is a clear cause and effect at play here and Sexton seems to revel in the damaged and destructive.

Early on in the collection, Sexton’s men, his protagonists are almost exclusively male, work in extremes. They burn down buildings to save their daughters from themselves and throw hot oil in old friends’ faces. And they are always drinking. The most brutal and cruel outcomes seem to befall Sexton’s characters, and they do so in a way that seems to be the recognized norm. “It is what it is,” seems to be the running punch line throughout the book.

While this left me wanting a bit more from the characters in way of personality and uniqueness of voice in some of his stories, after the initial read I came to realize this might be his intention. People say things like, “didn’t miss a beat,” and “like clockwork.” They’re trite phrases not because they’ve been used so often, but because they continue to be. These seem to be the people of interest to Sexton ⎯ the common folk, those who swung and missed, and the dregs. He seems focused on the impossibility of being able to truly begin again, or attain a “clean slate.”

In at least eight of the stories, most notably, “Outlaws,” “You Have to Have Somebody,” “Live Off the Land,” and “Need,” the reader is confronted with characters that are either leaving something behind, or are just about to. Yet one soon finds that this is an impossibility, either their previous sins being too grand, tethering them to whatever they are trying to run from, or the reality of their situation being something that just cannot be overcome. This theme appears to act as a thread between most stories throughout the collection, holding the men and women in them together with hopeless hope, or loser naivety. As one begins to pick up on this, one soon wonders if this notion of taking that huge swing, a haymaker of a chance, is meant to be the ideal that cannot be reached. It’s the winning punch, the one that brings fame and fortune in the title story, and yet throughout the rest of the collection, whenever a character tries to enact grand plans he, and in “The Extra Mile” she, falls short.

As pages continue to turn, and notions of masculinity and failure persistently pile on one another, one starts to wonder if Sexton is writing cautionary tales of the folly of the everyday man, or if he is idealizing them. Perhaps some additional dimension added to the characters would bring clarity and help the reader recognize Sexton’s intent more readily. Yet perhaps it is simply a bit of both.

For me, I see these stories as recognition of the importance of perspective, that to define masculinity one is left with little else than what femininity is not. And to define failure, one must first come to terms with what success is not.

To the former, most of Sexton’s women serve as either prizes or foils for the male characters’ lives and dreams. In the story “Outlaws,” the female character is won by the protagonist in a bet and then left behind at dawn with the owner of the cheap motel at which they were staying. There is even an obvious reference to Hunter S. Thompson’s Hell’s Angels in that same story in which the motel owner tells the main character about a beautiful woman in a white gown who was at the motel weeks before with twelve bikers. One also encounters a blind woman acting as a womanizers’ booty call, and still others who sacrifice something of value for a man that appears he will be able to offer some kind of physical protection. Much like animals in the wild.

These notions of dominance and freedom seem to be the associations Sexton’s characters make with their masculinity. They should be able to be with, and possess who and what they want, when they want to. Many try to achieve this, and some do; yet all suffer either from the want and failure, or the possession. Loss is always present.

In this regard, one recognizes the completeness of the collection by its end. The reader can’t help but remember the first story, the title track, and realize that while the fighter who threw the haymaker went on to wealth and fame, he ended up in the same place as the loser who threw a good hook. The only difference between the two was the amount of time spent in the sun. While we see examples of each throughout his stories, it seems the loser is almost always the focus of Sexton’s tales. Yet while forcing the reader to consider what it means to be a man, if new beginnings can exist, and how failure plays into both of these, it seems Sexton has left his opinion, one way or another, out of the conversation.

In my estimation, this is a collection that accomplishes its aim. There is blood, and grit, and by the end the reader does feel worn down and raw. By moving the reader through vice, action, and consequence, the collection feels complete by its end. Sexton doesn’t use single notes, but rather has all the stories working together to move the reader through this progression. If there is a standout story however, it comes in the unexpected “Knights,” wherein a beaten man carries on. He possesses no haymaker, not even a hook, and we’re not sure if he’ll make it. But we’re sure that we’re unsure, and in this uncertainty Sexton shines. 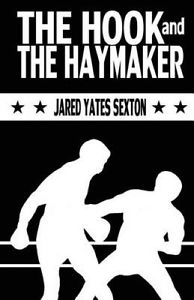